After bringing close to 32,000 traders into its fold in Meerut zone, the tax officials are leaving no stone unturned to attract more small and medium level businessmen to broaden its base. The GST officials still see a “huge scope” in Meerut zone comprising Meerut and Baghpat districts. The GST officials have organised several camps to allay the fears of traders about the much talked about “complexity” involved in the comparatively new system of revenue generation. Sampurnanand Pandey, additional commissioner Sales Tax said, “Our officials are going door to door to make traders understand the process of registration, filing of returns and also apprising them of the benefits of getting registered like premium-free accidental insurance worth Rs 10 lakh. In addition, there is a benefit of securing the Central Government Pension Scheme for every registered trader. And, there is a provision of filing return just through a text messages also.”

Traders have a mixed response to this endeavor. Speaking to TOI, Puneet Sharma, general secretary of Meerut’s Begum Bridge Traders Association said, “We appreciate their motive and hard work. But, the problem lies with the complexity in the software. Traders still have to pay multiple visits to GST office to get those clarified. In addition, credit input facility is still not smooth and there is a large number of traders who do not get the proper tax credit input.” GST is an indirect tax imposed on supply of goods and services and came into effect in July 2017. 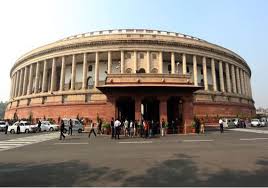