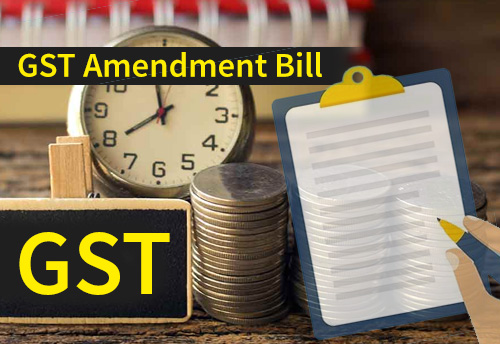 The Rajasthan Assembly on Thursday passed the Rajasthan Goods and Services Tax (Amendment) Bill, 2022, which proposes that the registration of companies would not be cancelled even if they fail to file the return for six months.

Also, the system of issuing credit notes will also start.

Education Minister B.D. Kalla introduced the bill in the house on behalf of the minister in charge. After the discussion on the bill, Kalla in his reply said that many facilities are being given to the traders in the bill, which will also increase the revenue of the state government.

He said that the Input Credit Tax has been reformed in the Bill. Interest will now be payable after using the credit tax on an incorrect claim of input credit tax by the dealer.

Also, a system for issuing credit notes has been included in the Bill.

The minister said that a provision has also been included in the bill that the registration will not be cancelled if the return is not filed for six months. Along with this, corrections have also been made in the returns of GSTR-1, 3 and 8. This will prevent discrepancies in returns.

The Minister-in-Charge informed the House that due to the efficient financial management of Chief Minister Ashok Gehlot, there has been an increase in the tax collection of the state.

He said that an increase of 32.5 per cent has also been registered in the GST collection of the state as compared to the previous year, which is more than the neighbouring states of Uttar Pradesh, Madhya Pradesh, Andhra Pradesh and Haryana.

He said that there was an outstanding of Rs 3,780 crore which the Centre has to provide to the state. The chief minister also wrote a letter to the central government for the compensation amount, on which no action has been taken so far.