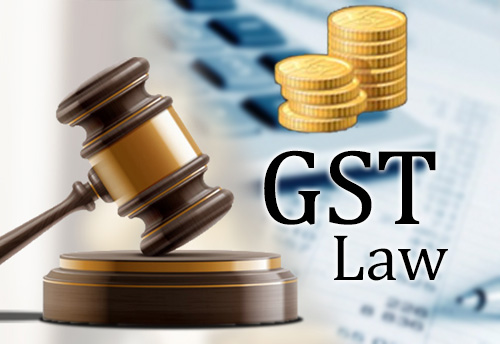 The Punjab Cabinet on Monday gave the approval to amend the Punjab Goods and Services Tax Act, 2017, to enable ease of doing business in the state and facilitating the taxpayers.

The amendment will also help in streamlining provisions relating to refunds and rationalising those related to the furnishing of returns.

This will also ensure levying of interest only on input tax credit wrongly availed and utilised, said an official release.

The Punjab Cabinet held a meeting under the chairmanship of Chief Minister Bhagwant Mann at his official residence here, ahead of the state Assembly session, which has been convened on Tuesday.

The Cabinet also gave the green signal to withdraw the proposal for setting up a bulk drug park at Bathinda on the site of the closed thermal plant.

This land can be judiciously utilised for citizen-centric projects like housing, modern residential complex, hotel, commercial projects and other projects like a plastic park, solar power and others.

However, even after more than one-and-a-half-year, the project is still hanging fire and waiting for approval by the central government, as per the release.

To check the menace of paddy straw burning by its effective management, the Cabinet also approved an amendment in the industrial and business development policy, 2017 and detailed schemes and operational guidelines, 2018, for bio-fuel projects by extending incentives to the standalone bio-fuel units provided they install boilers based on paddy straw as fuel.

To promote the production and supply of ethanol for the ethanol blended petrol programme and to attract investments in the state for the manufacturing of bio-fuel, the Cabinet also approved this amendment for the standalone bio-fuel units, the release said.

With this amendment, the gram panchayat will be the exclusive owner of common village land.

The Cabinet also approved amendments in Telecom Infrastructure Guidelines 2020 in line with the amendment in Rules 2021 of Indian Telegraph Right of Way Rules 2016, for setting up overground telecommunication infrastructure in Punjab, thus paving the way for the 5G network in the state, according to the release.