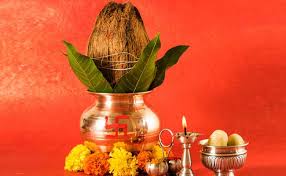 The GST Council on Saturday decided to keep the items used in Puja including Rudraksha, sacred thread and wick, under zero tax. However, incense sticks –agarbattis –have been kept out of NIL GST list to protect the domestic manufacturers , already facing a tough competition from Chinese and Vietnamese products.

However, the council refused to accept agarbattis, misri and batasha under the zero tax category.

While the rate for agarbattis are fixed at 12 per cent, lobhan, misri and batasha are kept under 5 per cent tax rate. Earlier misri, batasha and bura were under 18 per cent tax net.

“Goods like incense sticks are manufactured items and exempting from GST will put domestic manufacturers of such goods at a disadvantage vis-à-vis imports,” the council noted.

The decision is politically significant at a time when the ruling BJP is trying to consolidate the Hindu votes ahead of 2019 Lok Sabha polls.

A top official however pointed out that most of the agarbatti manufactures — part of the labour intensive cottage industry — will come below the GST tax threshold of Rs 20 lakh annual turnover.

Commerce ministry data says, India, which has been facing tough competition from Vietnam and China even in the domestic market — mainly because the lower price they are offering — exported agarbattis worth $498.02 million between 2012-2016.