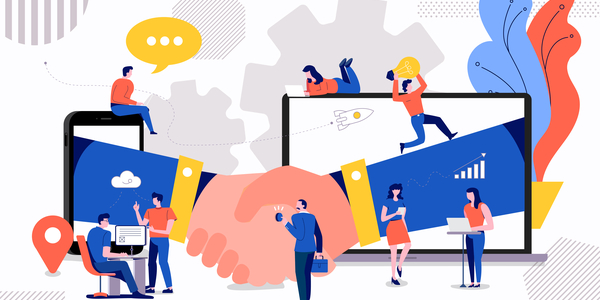 The Delhi High Court has observed that there is no master-servant relationship in freelancing as the freelancer is his own master who has the ability to pick and choose his assignments, thereby enabling him to work for himself as well as multiple employers.

Justice Dinesh Kumar Sharma added that a freelancer is a person who acts independently without being affiliated with or authorized by an organization and is thus distinguishable from part-time, full-time or contractual employees.

“Freelancer or freelancing thus are terms currently used to mean a person who is self-employed or an independent contractor in the business of selling their services and skills to different employers for a specified time period. Etymologically, freelance has derived from the words – “Free‟ a Germanic word which means to “love‟, and “lance‟ which is akin to the French word meaning to “launch‟, or discharge with force,” the Court said.

The Court made the observations while dismissing the plea of a workman, who began working as an ‘Approved Part Time Foreign Language Linguist Guide’ with a travel agency in 2011 and continued for a period of about three years. He was not issued any appointment letter.

The workman claimed that the company’s management in March 2014 illegally terminated his services without giving any notice, holding any inquiry, or assigning any valid reason.

Accordingly, he sent a demand notice to the management, however, no reply was received. Thereafter, the workman claimed that while the Management immediately released his pending payments, it failed to reinstate him.

The petitioner thus alleged that the management’s acts were in contravention with the provisions of the Industrial Dispute Act, 1947.

He moved the High Court challenging an order passed by Labour Court on June 7, 2018 which held that he had failed to establish the existence of employer-employee relationship with the company and thus there was no question of illegal or unjustifiable termination. His statement of claim was therefore dismissed for being devoid of any merits.

Upholding the labour court’s order, the High Court said that it was rightly appreciated that the workman had failed to establish the relationship of employer-employee with the management.

“A bare perusal of the documents filed as evidence on behalf of the petitioner workman, which includes the various emails and the forms under 16A, do not, in any way, prove that there existed any relationship of employer-employee between the parties,” the Court said.

It was also observed that the license issued to the petitioner by the Ministry of Tourism & Culture did not establish any employer-employee relationship with the management.

“So far as the guidelines pertaining to the Guides are concerned, even though at the time when the Award was passed, its source was said to be unclear, and now as submitted by the petitioner, even if the said source of obtaining the Guidelines via RTI is believed to be authentic, it still fails to show the relationship of employer-employee between the parties. Holding a qualification or being eligible for employment does not prove that the person was in fact employed by the said management,“ the Court observed.

The Court added that the license merely reflected that the petitioner was an ‘Approved Part Time German Linguistic Guide’ and did not prove his relationship of employer-employee with the management.

“In my considered view, the documents relied upon by the petitioners are not sufficient to establish an employer-employee relationship and are of doubtful origin. These documents would have some value only if there were some basic primary nature of evidence of more acceptable type as already mentioned in the form of ESI, PPF records maintained by the company or PPF No. etc. which liability the company would not have escaped if the workman was working there,” the Court said.