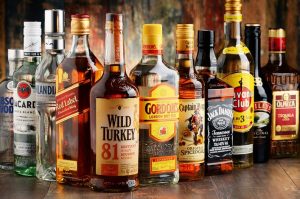 The Kerala government will seek permission from the GST Council to impose a cess of 10 per cent on the State GST as it looks to rebuild the state ravaged by the devastating floods which could have potentially caused damage worth around Rs 200 billion. The state government has already hiked excise duty on liquor by 0.5 per cent to 3.5 per cent, and coupled with the increased SGST, it expects to raise Rs 7.50 billion on an annual basis, Kerala’s Finance Minister Thomas Isaac said via his social media account.

“To those who ask what Kerala is doing other than demanding from Centre for resource mobilisation for Relief: Kerala has increased excise duty on liquor. Kerala will approach GST Council for imposing a cess of 10% on SGT. Both together on annualised basis mobilise ₹750 Cr,” Isaac tweeted. Revenue from liquor has been growing in the last few years and contributed more than Rs 110 billion to the state’s kitty last year. The increased liquor cess can fetch Kerala Rs 5 billion in six months.

As for the SGST, currently, Kerala gets around 7 billion a month, which is an average 7 to 8 per cent. It wants to tweak the rate by two per cent points more. “Proposed cess of SGST is in the face of this natural disaster and it will be purely on intra-state trade and will have no impact on other states,” Isaac said.