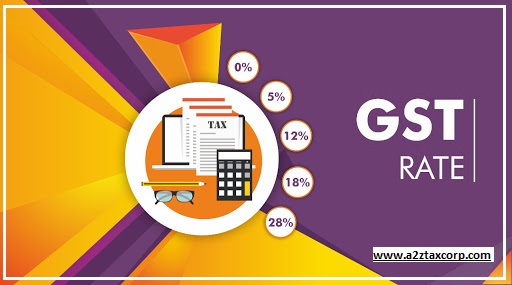 With inflation likely to remain elevated for a longer period and key state elections due in 2023, the Narendra Modi 2.0 government may choose not to restructure the Goods and Services Tax (GST) slabs before it demits office in May 2024, according to official sources.

After state assemblies elections in Himachal Pradesh in November this year and Gujarat in December, as many as nine states will go to polls in 2023 including Karnataka, Chattisgarh, Madhya Pradesh, Rajasthan and Telangana. Then the tempo for the 2024 general elections will pick up.

“Not much appetite (exists) for GST rate and slabs overhaul,” a senior official told FE.

Inflation based on the consumer price index (CPI) rose to a five-month high of 7.14% in September, much above the Reserve Bank of India’s medium-term target of 2-6%.

According to the RBI estimate, CPI inflation is projected to average 6.7% per cent in FY23 compared with 5.5% in FY22.

Citing the possibility of geopolitical conflicts intensifying and reigniting supply-chain pressures that have eased recently, the finance ministry last week said, “If so, inflation may yet see a resurgence rather than a decline in 2023.”

High inflation has reduced the urgency of the exercise because the objective of revenue neutral rate (RNR) will inevitably lead to higher rates for a large number of items and potentially jack up their prices. Even though the group of ministers (GoM) on rates rationalisation headed by Karnataka chief minister Basavaraj Bommai was required to submit a report by end-September on the tax slab rejig, it was not in a hurry, sources said.

“The Centre and most states are of the view that the tax rates and slabs have to be changed and some of the remaining exemptions are to be removed,” the official said.

Revenue secretary Tarun Bajaj had said in the past that the government may continue with the highest GST slab of 28% on luxury/sin goods while exploring the possibility of reducing the remaining three major slabs 5%, 12% and 18% to two.

Raising the 5% GST rate, which includes sensitive products such as food and medicines, needs to be done gradually. Similarly, if 18% is dropped suddenly to 15%, there will be a big revenue loss. The transition will likely be gradual, not in one go, another official said.

As per an RBI study, the weighted average tax rate under the GST has come down to 11.6%, from 14.4% at the time of its launch as against the revenue neutral rate of 15.5%. The government is drawing some comfort from the buoyancy in GST collections, which could fetch the Centre up to Rs 1.5 trillion more in CGST in FY23 while states would garner a little more than that, partly offsetting the impact on them due to the end of 5-year GST shortfall compensation mechanism on June 30.

On June 29, the GST Council approved the removal of a host of tax exemptions and raised rates for a larger number of mass-consumption items to remove anomalies and inversion.

However, the Centre received a lot of brickbat against the coverage of pre-packaged and labelled food items under the 5% GST rate from nil, reflecting difficulties in implementing major changes in GST at this juncture.

The GST Council which meets at least once in a quarter, could not meet in August-September as planned due to a delay in the submission of reports by group of ministers on casinos, race courses and online gaming as well as on setting up GST Appellate Tribunal (GSTAT). The Council could meet in November-December briefly.