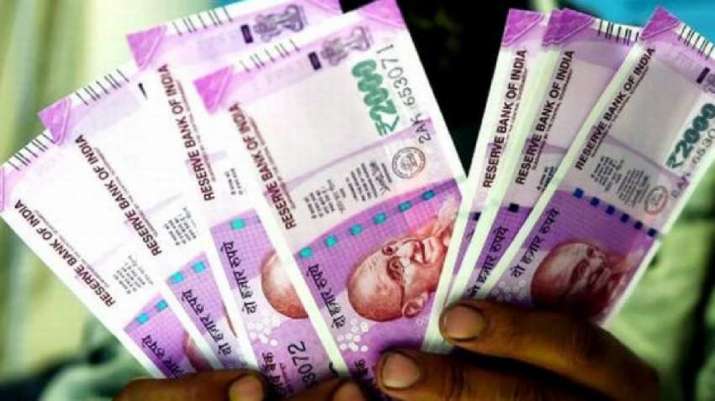 The Hon’ble Delhi High Court in Arvind Goyal CA v. Union of India & Ors. [W.P.(C) 12499/2021 dated January 19, 2023] has held that, seizure under Section 67 of the Central Goods and Services Tax Act, 2017 (“the CGST Act”) is limited to goods liable for confiscation or any documents, books or things which may be useful for or relevant to any proceedings and ‘cash’ does not fall within the definition of ‘goods’ therefore, the action of Goods and Services Tax (“GST”) officers of taking away currency was illegal and without any authority of law.

Arvind Goyal (“the Petitioner”) is a Chartered Accountant and a search proceeding was carried out at his  residence on December 4, 2020 by GST officers, AE, Delhi (“the Respondent”) and during this search, the Respondent found cash amounting to INR 1,22,87,000/- which was taken in possession, however, no seizure memo was issued, only a panchnama was drawn up which indicated that the Respondent have taken possession of certain items including cash amounting to INR 1,22,87,000/-. Further, the amount of INR 18,87,000/- was returned to the Petitioner along with the laptop and mobile phones seized during the search.

The Petitioner contended that:

The Respondent contended that they had merely “resumed” cash as is noted in the panchnama and therefore, the same cannot be considered as seizure.

Being aggrieved, this petition has been filed.

Whether cash can be seized by the Respondent during search proceeding under Section 67(2) of the CGST Act?

In this regard, a contrary view has been taken by the Hon’ble Madhya Pradesh High Court in Kanishka Matta v. UOI [Writ Petition No. 8204/2020 dated August 26, 2020] in a matter challenging seizure of cash amounting to INR 66,43,130/- by the GST officials during search. The Court observed that, the word “things” appearing in Section 67(2) of the CGST Act is to be given wide meaning and any subject matter of ownership within the spear of proprietary or valuable right, would come under the definition of “thing”. Thus, it would cover cash also. Held that, a conjoint reading of Section 2(17), 2(31), 2(75) and 67(2) of the CGST Act, makes it clear that money can also be seized by authorized officer, therefore, the authorities had rightly seized the cash amount. Further, it was held that, unless and until the investigation is carried out and matter is finally adjudicated, question of releasing such amount does not arise.

The Court in the above judgment mainly relied on the word “things” as per Black’s Law Dictionary and Wharton’s Law Lexicon. Further it was observed that, it is a cardinal principle of interpretation of statute that, unreasonable and inconvenient results are to be avoided, artificially and anomaly to be avoided and most importantly, a statute is to be given interpretation which suppresses the mischief and advances the remedy.

It is pertinent to note that, Section 2(52) of the CGST Act, specifically excludes ‘money’ and ‘securities’ from the definition of the term “goods” but,  as per Section 67(2) of the CGST Act, if the proper officer has reasons to believe that any goods liable to confiscation or any documents or books or things, which in his opinion shall be useful for or relevant to any proceedings under the CGST  Act, then, he may seize such goods, documents or books or things.

Hence, it may be concluded that GST authorities does not have unconditional powers to seize cash during search operations.

The above Instructions were issued due to alleged use of force and coercion by the GST officers for making ‘recovery’ and for getting the amount deposited during search or inspection or investigation.

(a) any trade, commerce, manufacture, profession, vocation, adventure, wager or any other similar activity, whether or not it is for a pecuniary benefit;

(b) any activity or transaction in connection with or incidental or ancillary to sub-clause (a);

(c) any activity or transaction in the nature of sub-clause (a), whether or not there is volume, frequency, continuity or regularity of such transaction;

(d) supply or acquisition of goods including capital goods and services in connection with commencement or closure of business;

(e) provision by a club, association, society, or any such body (for a subscription or any other consideration) of the facilities or benefits to its members;

(f) admission, for a consideration, of persons to any premises;

(g) services supplied by a person as the holder of an office which has been accepted by him in the course or furtherance of his trade, profession or vocation;

(i) any activity or transaction undertaken by the Central Government, a State Government or any local authority in which they are engaged as public authorities;”

(a) any payment made or to be made, whether in money or otherwise, in respect of, in response to, or for the inducement of, the supply of goods or services or both, whether by the recipient or by any other person but shall not include any subsidy given by the Central Government or a State Government;

(b) the monetary value of any act or forbearance, in respect of, in response to, or for the inducement of, the supply of goods or services or both, whether by the recipient or by any other person but shall not include any subsidy given by the Central Government or a State Government:

Provided that a deposit given in respect of the supply of goods or services or both shall not be considered as payment made for such supply unless the supplier applies such deposit as consideration for the said supply;”

“(52) “goods” means every kind of movable property other than money and securities but includes actionable claim, growing crops, grass and things attached to or forming part of the land which are agreed to be severed before supply or under a contract of supply; ”

“(75) “money” means the Indian legal tender or any foreign currency, cheque, promissory note, bill of exchange, letter of credit, draft, pay order, traveller cheque, money order, postal or electronic remittance or any other instrument recognised by the Reserve Bank of India when used as a consideration to settle an obligation or exchange with Indian legal tender of another denomination but shall not include any currency that is held for its numismatic value;”

“Power of inspection, search and seizure:

(2) Where the proper officer, not below the rank of Joint Commissioner, either pursuant to an inspection carried out under sub-section (1) or otherwise, has reasons to believe that any goods liable to confiscation or any documents or books or things, which in his opinion shall be useful for or relevant to any proceedings under this Act, are secreted in any place, he may authorise in writing any other officer of central tax to search and seize or may himself search and seize such goods, documents or books or things:

Provided that where it is not practicable to seize any such goods, the proper officer, or any officer authorised by him, may serve on the owner or the custodian of the goods an order that he shall not remove, part with, or otherwise deal with the goods except with the previous permission of such officer:

Provided further that the documents or books or things so seized shall be retained by such officer only for so long as may be necessary for their examination and for any inquiry or proceedings under this Act.”