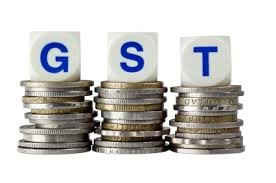 The empowered committee of the state finance ministers on the proposed goods and services tax will meet after over six months in Kolkata for two days on June 14-15 to discuss the draft GST legislation.

West Bengal finance minister Amit Mitra was elected chairman of the empowered committee in February, but this will be the first full fledged meeting since November.

The NDA-led Modi government has escalated efforts for passage of the constitutional amendment bill towards the unified indirect tax legislation and is very hopeful of attaining a two-third majority in Rajya Sabha during the Monsoon Session of the Parliament.

“The two-day empowered committee meeting in Kolkata will see discussion on a host of issues related to GST including the draft legislation,” said a finance ministry official.

The Union government is making efforts to enable the GST rollout, including pushing for passage of constitutional amendment Bill in the Rajya Sabha during the ongoing budget session.

The Lok Sabha has already passed the Bill, stalled in the other House for want of majority support. After the passage, a Bill of the GST itself would come before Parliament and all state legislatures. Then, rules will be framed. The empowered committee needs to discuss key issues on the proposed laws and rules.

The empowered committee met in February to elect the chairman, but Mitra himself did not attend due to health reasons.

In the last meeting in November, Delhi finance minister Manish Sisodia was selected to chair a meeting for a day. It had decided on a sub-panel to decide on the issue of a threshold, as states were divided on whether GST should kick in from Rs 10 lakh or Rs 25 lakh of annual turnover.

The next round was to take place in December but did not happen. The committee was to draft a GST law and business processes for payments, refunds and returns filing.

In between, a committee headed by the government’s chief economic advisor, Arvind Subramanian, recommended a standard GST rate of 17-18 per cent, with a lower rate of 12 per cent for certain commodities and a ‘sin tax’ of 40 per cent for items like aerated drinks and tobacco.

In the proposed GST Council, the Centre is to have a third of the members and states together the other two-third. The consensus so far is that a decision requires a three-fourth majority.

GST was originally proposed to be implemented from April 2010. Several deadlines were missed due to differences between Centre and states.