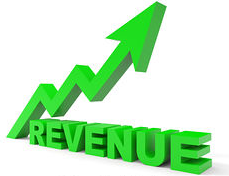 Betting big on streamlining of Goods and Services Tax (GST) next year, the Centre has estimated a revenue growth of 14.4 per cent for direct tax and 17.3 per cent for the indirect tax revenues next year.

Addressing a gathering at the Indian Institute of Management – Ahmedabad (IIM-A) on Sunday, Union Finance Secretary Hasmukh Adhia stated that the government was being “very realistic” in setting revenue targets for the current and next year.

“People have made mistake of comparing eight months of revenue of this year with 12 months revenue of next year. Next year for our direct tax growth, if you take against budget estimates (BE), it is 17.3 per cent, if you take it against the revised estimate (RE) where we are including ₹25000 crore-worth of additional direct tax collection, then it is 14.4 per cent. In the indirect tax growth rate, compared to BE of this year, next year growth rate is projected at 10.7 per cent, and if you take the RE because we reduced the indirect tax revenue by ₹55,000 crore it is 17.3 per cent,” said Adhia while addressing a session on ‘Post Budget Analysis and GST’.

“We have to exclude GST compensation cess because that is not our income but it is only reflected in the budget, but it is entirely goes to the States,” he said, adding that the pace of growth was back on track after disruptions caused after demonetisation and GST rollout.

“From the second quarter onwards, the growth is going up again. The two quarters of 2016-17 and one quarter of 2017-18 was affected as the GDP growth was affected.”

He commented on the revenue uncertainty due to GST rollout and stated that “because it was a first year of GST, there was a lot of revenue uncertainty, and our first indirect tax revenue for the current year is expected to be less by about ₹50,000 crore. Even on the non-tax revenue side, the dividend income was less, and spectrum charges were not coming as per our expectations, so there was a shortfall of ₹40-50,000 crore in the non-tax revenue against the budgeted”.

Commenting on the Long Term Capital Gains tax, Adhia stated that LTCG tax was justified in terms of large earnings for corporates and trusts from e mutual fund investments.

“Is it logical to keep a class of investors completely out of tax net? For fiscal, 2016-17, which is 2017-18 assessment year, companies and individuals have reported long term capital gains worth ₹3.67 lakh crore. When we analyse this further, most of these came from corporate and high-network individuals. The corporates are very happy investing their surplus in mutual funds and equity market rather than using the surplus to creating new manufacturing companies.

“So, to begin with, we have started with 10 per cent. This is to ensure stability in the economy and to ensure that there is tax liability in every sector. Since the reasons for removing LTCG tax in 2003-04 are no more valid, we have reintroduced the tax,” added Adhia saying that stock market reaction on Friday was not related to LTCG but was a reflection of the sell-off in the global markets.”