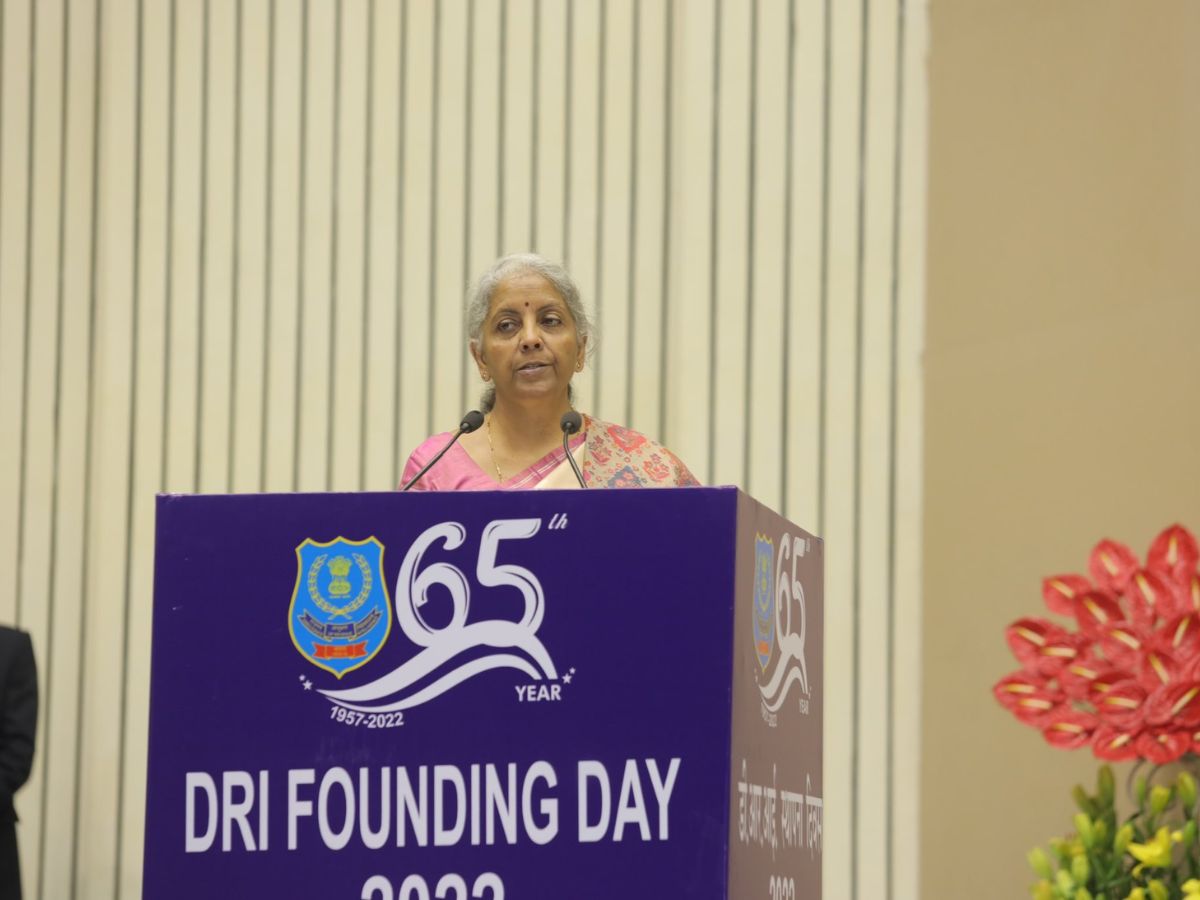 Finance minister Nirmala Sitharaman on Monday asked officials of the Directorate of Revenue Intelligence to go after the big fish behind smuggling drugs into the country and to use data and artificial intelligence extensively to map gold smuggling.

The minister said at an event held in the capital to mark the founding day of the DRI that she has been closely monitoring detection of smuggling in India, particularly of drugs and gold.

Sitharaman told officials that whenever there is a surge in gold imports into the country, gold smuggling also goes up. The minister also said that for DRI to gain public confidence, it is important to nab the big fish rather than capturing small consignments of smuggled items. The minister also asked whether India is becoming a big consumer of drugs rather than being a transit point.

“Vivek Johri, chairman, Central Board of Indirect Taxes and Customs (CBIC) was telling me just now that cocaine has also started coming in a big way into this country. Again here I want to ask this question, is this because India is no longer just a transit country for smugglers and is it because India is now becoming a consuming country…,” the minister said.

Sitharaman said that when people read in news about drugs getting seized, the question that arises in the mind of ordinary citizens is about how many people went to prison, how many were taken to task and who is the big fish behind it?

“You are catching all the small fries, the peddlers, the traffickers, the mules. Is that sufficient? To gain public confidence, that is not sufficient at all….Are you able to bring the big handlers of such matters who are behind the scenes to face the law of the land?” Sitharaman asked officials.

“Unless at least in a few cases you are able to get those big fries who are actually behind these operations, the constant question which remains in citizen’s mind is who are the people who perpetrated it, which is the global mafia who actually controls this. Can there be a greater visible approach to bring them to book, to face the law and also be seen convicted,” the minister said.

Revenue intelligence officers should strive to bring each case to its logical conclusion at the earliest possible time, she said, adding that smugglers would certainly leave a trail which should be used to reach the main handlers.

“In our country if 800 kg (of gold) is being detected on an average, I am sure this is an elephant in the room. Can we do a lot more data and artificial intelligence (AI) based better mapping of what works to bring in the cycle of gold smuggling into India? I have been arguing for quite sometime with the media that it is not the customs duty which determines the extent of smuggling.” The minister rejected the idea that smuggling is dependent on the extent of customs duty.

“No, smuggling seems to be having its own cycle,“ the minister said.

The ‘Smuggling in India Report 2021-22’ brought out by the DRI on Monday showed that a little over 833 kgs of gold worth over ₹405 crore has been seized by DRI in FY22.

In a significant shift from the trend noticed in FY20, the largest amount of gold seized by the DRI in Fy21 and FY22 was of Myanmar origin. In FY20, the largest originating region of smuggled gold was the Middle East. The quantum of smuggling has gone up during the period in which the economic activities were gradually unlocked post Covid-related lockdowns.

During the pandemic, due to the widespread disruption to air traffic, there was a rise in the instances of gold smuggling by land routes (road or rail). Much of this smuggled gold originated in Myanmar and was smuggled into India through the old Tamu-Moreh-Imphal trajectory in Manipur, which goes through a vast expanse of unguarded but difficult terrain, and the Zokhatwar route in Mizoram, the DRI report said.