With the Centre and states broadly agreeing on a 4-tiered rate structure under the proposed Goods and Services Tax (GST) regime but differing on the dual control issue, the main opposition Congress on Friday decided to adopt a ‘wait-and-watch approach’ although it was in favour of keeping the number of rates at three.

The party is going through the fine print of the GST Council’s decision on Thursday and would also prefer to gauge the mood of the industry. The initial assessment of the party is that the industry seems to be in sync. The Congress, who had backed passage of the Constitution Amendment Bill in the last session of Parliament with conditions, is expected to meet all the stakeholders including the industry before formulating its view.

The party will take a low down on the deliberation of the GST council from ministers from Congress ruled states in the body. While there was a consensus on the 4-tier rate structure on Thursday, the states and the Centre failed to arrive at an agreement on the dual control issue as states objected to non-availability of updated data on assessees of service tax, excise and VAT.

When asked about the party’s views on the finalisation of the 4-tier tax structure, senior Congress leader Anand Sharma said the party is yet to formulate a view. “We are going to wait until a final picture emerges,” he said.

He, however, said “ïf there are clarifications required, then we will ask for clarifications from the government.” Sources in the party said a three-slab structure would have been more workable. There was a view in the party that multiple rates will dilute the benefits of the proposed Goods and Services Tax (GST) regime 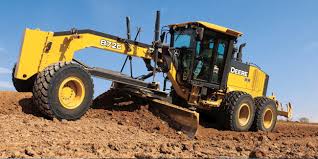