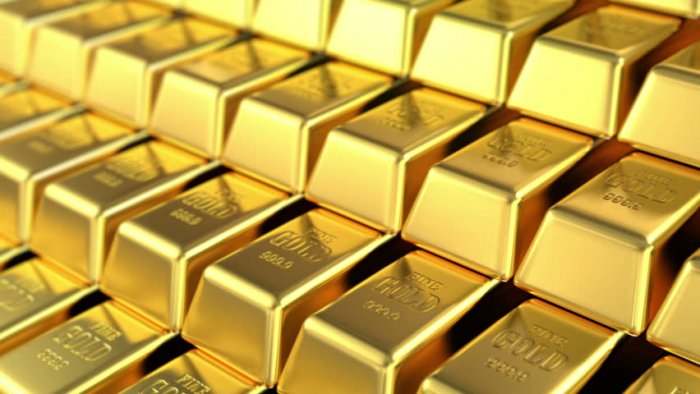 The Chennai Bench of the Customs, Excise and Service Tax Appellate Tribunal (CESTAT) consisting of P.Dinesha (Judicial Member), while remanding the matter back, held that the gold bar with a foreign marking, the source of which is not explained, is liable for absolute confiscation since the same would amount to the importation of a prohibited good.

A specific intelligence was gathered that foreign-origin gold was being smuggled into India by way of concealment, cleared through Anna International Airport and brought to the premises of M.S. Alaudeen, one of the assessees-appellants. The officers of CZU-DRI identified the premises of the assessee-appellant and entered with a search warrant. During the search, the officers found dismantled power tools such as Ryobi brand 6″ Orbital Buffer car cleaning machines, steel measuring tapes, etc. One car cleaning buffer machine was found lying on the floor with the upper portion of the machine in loose condition, and when the officer removed the upper portion, they found a piece of yellow-coloured metal, appearing to be gold, stuck inside the motor.

The assessees contended that he had taken a place for rent and was running a lathe business of smelting and melting gold using melting furnaces. Since a lot of referred customers wanted the services of this assessee-appellant only, he used to be in charge of all the business activities.

A search was conducted which resulted in the seizure of seven ring-shaped gold, three square-shaped gold strips of gold, and one half-cut piece of 100 grams of gold bar (foreign marked) to an extent weighing 2.810 kg.

On the very same day, the assessee was taken by the officers to their office, severely beaten, threatened, and dictated to give a statement. The assessee retracted the statement.

A writ petition in W.P. No. 8527 of 2019 was filed for a direction seeking to return the seized gold. The High Court vide Order, while disposing of the above writ petition, inter alia, directed the appellant to make an application for provisional release.

The assessee contended that the department relied solely on the voluntary statements of the assessees while passing the Order-in-Original in which the confiscation was ordered, with an option to redeem within the meaning of Section 125 of the Customs Act, 1962 on payment of a fine, apart from applicable duty and penalty under Section 112 of the Customs Act, 1962 on each of the assessees-appellants. The Adjudicating Authority has not at all considered the retraction statement which was sent by the assessee, apparently by Speed Post, in which it was mentioned that his statement was not voluntary but was obtained under coercion.

The department contended that the assessee-appellants had not established the source of the gold, including the one bearing a foreign mark, and hence, it should have been ordered to be confiscated absolutely instead of giving an option of redemption.

The CESTAT, while remanding the matter to the adjudicating authority, noted that it had not at all been considered and discussed in the orders of the lower authorities and, hence, to this extent, the Order-in-Original is a non-speaking order. The First Appellate Authority has also not considered the aspects, including the contentions of the assessee-appellant as to retraction, and to this extent, the impugned order is also a non-speaking order.

The Tribunal said that the assessee-appellant is not an importer but a person from whose possession the gold in question has been seized. As per the assessee, he is not the owner, but clearly asserts that the same belonged to his customer, whose identity has to be brought on record now. If he satisfactorily proves the source of the gold, then, perhaps, the situation may be different since there remains nothing to allege irregularity as to importation. Redemption may have to be offered in terms of Section 125 of the Customs Act, 1962, subject to redemption fine as per the provisos thereunder, and the discretion is always subject to the second proviso to Section 125.

Case Title: The Commissioner of Customs Versus M.S. Alaudeen