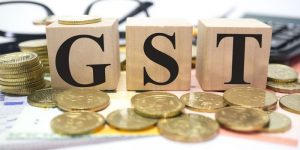 The Union government plans to offer cash incentives or discounts to consumers who seek bills for purchases of goods and services from dealers, as part of attempts to expand the Goods and Services Tax (GST) base and increase compliance, according to two officials familiar with the matter. Better compliance, leading to enhanced collections, is being seen as the way forward for the indirect tax regime that was introduced in July 2017, and the proposed move is in line with that, the officials added. No major policy announcement is expected immediately due to the ongoing general elections. But the GST related proposals are being processed in advance so that the new government can take a view expeditiously after the counting of votes on May 23.

One of the officials cited above said that under the proposed move, consumers may be offered discounts amounting to a certain percentage of the total value of the invoice. This will give consumers an incentive to ask for bills. The quantum of incentives is yet to be determined, said the official who asked not to be named. The second official said that the discounts may also be offered upfront or get credited into the accounts of the consumers if the payments are made through digital modes, including debit and credit cards. This will also encourage digital payments, and have a ripple effect on business units outside the GST net, he added. The government has been promoting digital payments after banning high value currency notes in November 2016 as part of efforts to curb black economy. The Union finance ministry and the Central Board of Indirect Taxes and Customs (CBIC) did not respond to an email with queries about the proposed incentives.