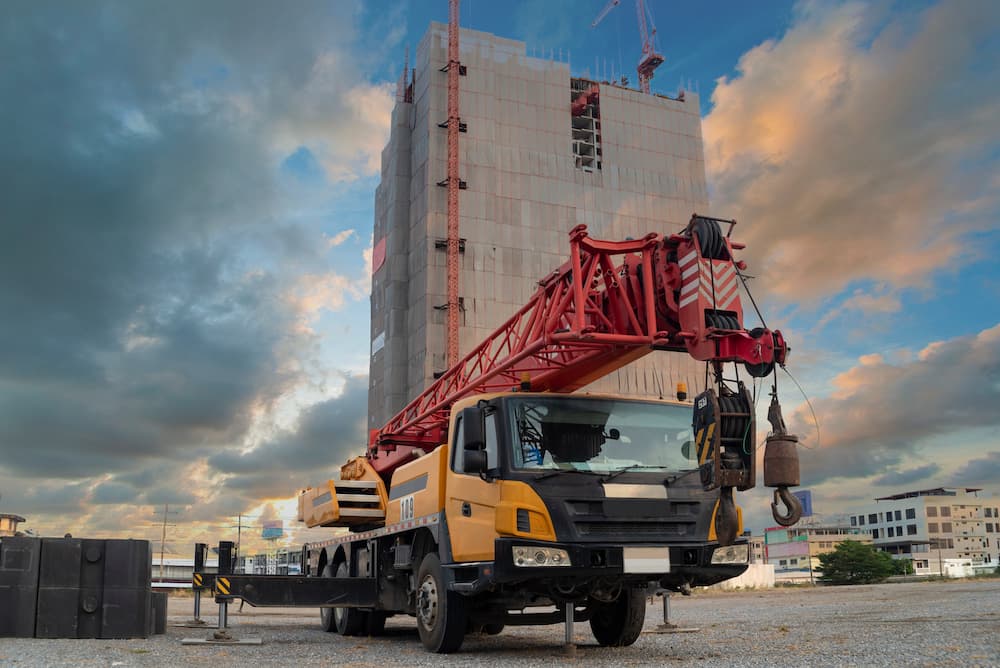 The CBIC vide Circular No. 20/2022-Customs dated September 22, 2022 has issued clarification regarding the classification of the goods referred as Truck Cranes or All Terrain Cranes. These are essentially goods that are used in handling and lifting heavy loads and have mobility as a function.

Various references have been received in the Board regarding the classification of the goods referred as Truck Cranes or All Terrain Cranes. These are essentially goods that are used in handling and lifting heavy loads and have mobility as a function.

These goods come in various types and sizes, depending on the requirement of the users and factors such as load to be handled, the terrain where it is put to use etc. A simple generic description such as All Terrain Cranes would thus represent a large category of similar goods. However, some of the basic features common to goods of this type include:

a) The primary purpose of these goods is not transport of persons or goods.

b) These are equipments designed to lift extremely heavy loads.

c) The goods have wheels indicating that they have mobility as a feature.

d) There is a superstructure which is the revolving frame of equipment on which operating machinery are mounted along with operator’s cab.

e) The carrier or chassis is the under carriage of the crane and includes the carrier cab, wheels, and outriggers. This chassis is designed to support the rotating crane superstructure.

f) When in operation, the outriggers fix the equipment to the ground to provide support to life heavy loads. The wheels do not touch the ground in such instances.

Since the goods have features that are similar to motor vehicles, as well as to that of load handling heavy machines, there are differing opinions on the classification of such goods. One opinion states that the goods are essentially cranes that are used in lifting and handling and are therefore to be classified under heading 8426. On the other hand, there is a different opinion relying on the ability of these goods to be propelled and moved from one place to other which makes them similar to the motor vehicles classified under 8705.

The classification of similar goods has also been interpreted in various judgements of the Courts and Tribunals as well as in the discussions between parties at the World Customs Organisation (WCO). Some of these include-

a) The Hon’ble Supreme Court, in the case of Commissioner vs Sanghvi Movers Ltd-2016 (337) ELT A.208 (SC) ruled on the classification of ‘hydraulic truck mounted mobile cranes’ and upheld the ruling of the Tribunal which stated that the special purpose vehicles listed in the inclusive clause of explanatory notes to 8705 continue to have mobility as a very significant function. While stating that the crane portion and the chassis portion of the product stand fairly integrated, the Tribunal ruled that the product is a crane which is mobile rather than a vehicle fitted with a crane. It was held that the product in question is covered by the exclusion clause of explanatory notes to heading 8705 and therefore the classification of the product under 8426 appeared to be correct.

b) In the case of Collector of Central Excise Baroda vs LMP Precision Eng. Co. Ltd the Hon’ble Supreme Court ruled on the classification of ‘water well drilling rigs mounted on motor vehicles chassis. By relying on the specific inclusion of ‘mobile drilling derricks’ under heading 8705, the Court gave precedence to the 8705 over the inclusions mentioned in the Section notes to heading 8430 and thus classified the goods under heading 8705.

However, it is pertinent to note that the judgements and the classification opinions are specific to a particular good or product. The legal notes and the explanatory notes have been interpreted in the context of those specific goods with particular features. As already pointed out above, the goods referred as ‘all terrain trucks’ come in various types and it would not be advisable to apply any of the judgements above or other similar judgements and opinions squarely to all goods of a similar nature. Therefore, it is imperative to outline a set of parameters that can serve as a guide to arrive at the classification of all such goods.

Relevant portions of the explanatory notes:

The inclusionary clause in the explanation to heading 8426 states :

This heading includes self-propelled machines in which one or more of the propelling or control elements referred to above are located in the cab of a lifting or handling machine (generally a crane) mounted on a wheeled chassis, whether or not the whole can be driven on the road under its own power. The cranes of this heading do not generally move under load or, if they do, the movement is limited and subsidiary to their main function of lifting.

(7) Crane lorries (trucks), not for the transport of goods, consisting of a motor vehicle chassis on which a cab and a rotating crane are permanently mounted. However, lorries (trucks)   with   self-loading  devices  are  excluded (heading 87.04).

The specific exclusions mentioned in the explanatory notes to 8705 are –

Self-propelled machines  (e.g., cranes, excavators) in which one or more of the propelling or control elements referred to above are located in the cab of a working machine mounted on a wheeled or track-laying chassis, whether or not the whole can be driven on the road under its own power, remain classified in, for example, heading 84.26, 84.29 or 84.30.

Similarly, this heading excludes self-propelled wheeled machines in which the chassis and the working machine are specially designed for each other and form an integral mechanical unit (e.g., self-propelled motor graders). In this case, the machine is not simply mounted on a motor vehicle chassis, but is completely integrated with a chassis that cannot be used for other purposes and may incorporate the essential automobile features referred to above.

The classification of goods having the general features pointed out in para 2 above, has been examined in consultation with the International Centre for Automotive Technology (iCAT) and the Automotive Research Association of India (ARAI). A detailed examination of the relevant Section notes, Chapter notes and Explanatory notes of the headings 8426 and 8705 reveals the following aspects which guide the classification of mobile machines:-

Location of propelling and control elements

The number of engines

Integration of the working machine with the chassis

The classification of mobile machines that undertake handling and lifting functions as well as having mobility as a crucial feature may thus be decided on the basis of the various aspects outlined above.

The Circular can be accessed at: https://taxinformation.cbic.gov.in/view-acacpdf/1003126/ENG/Circulars