VAT, GST and the long, bumpy road to tax reform

Like in the case of VAT, it looks certain again that a major tax reform will be implemented by a regime and political formation different from the one that pushed it to begin with. 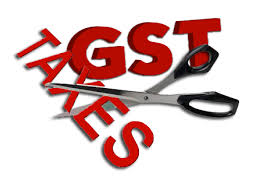 Soon after the Vajpayee government took office, Finance Minister Yashwant Sinha listed reform measures to be implemented over the next five years. At the top of the list was the introduction of Value Added Tax, or VAT, talks for which Manmohan Singh had initiated in 1995.

In October-November 1999, Sinha spoke to Jyoti Basu, the Chief Minister of West Bengal with whom he had a good rapport from his days in the Janata Dal, to head a group of Chief Ministers on the proposed new tax. It was a strategic political choice. Basu was one of the biggest critics of the BJP, but was then the longest serving CM in India — with a highly qualified Finance Minister, Asim Dasgupta. At a time of sluggish growth, competition among states to provide sops to industries — with its impact on revenues — was a concern. The committee, which had its first meeting on November 16, 1999, had to address the states’ race to the bottom in giving sales tax concessions, and the implementation of uniform floor rates of sales tax on commodities from the year 2000. States had to lead this taxation, encouraged by the central government.

There was a good reason to push it. Industry and consumers had to deal with multiple taxes, which had a cascade effect, leading to evasion and revenue losses. Governments elsewhere, including in Asia, had moved to a system of VAT. Limited attempts to change the system had been made earlier with the introduction of MODVAT on select commodities in 1986.

Sinha realised soon, however, that Chief Ministers, given their responsibilities, couldn’t be burdened with this task. It was decided to have a standing committee of Finance Ministers who, in any case, influenced decisions in their states. This committee was converted into an Empowered Committee of Finance Ministers representing all states and UTs, and was registered as a Trust in 2000 — paving the way, much later, for the Finance Commission to provide it grants for analytical work.

The committee was driven by Asim Dasgupta, a former professor of economics at Calcutta University with a PhD from MIT, who brought it credibility and respect. Arriving at a floor rate to ensure a level playing field among states was on top of the Empowered Committee’s agenda. The independence of states on taxation, and worries about a potential loss of revenue, were sensitive issues. Deciding on a tax design suited to a complex country like India, and getting the VAT legislation approved by the states, was not going to be easy.