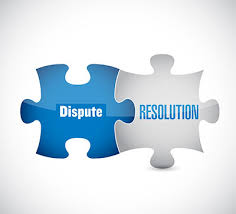 The Union Budget, 2016, has introduced number of measures for reducing litigation and providing certainty in taxation, considering the same as one of the key thrust areas of tax reform.

In line with said objective, the Hon’ble Finance Minister has announced Dispute Resolution Schemes for Direct and Indirect taxes for bringing down the litigation pending before the Commissioner (Appeals).

Relevant portion of Budget Speech is given as under:

“162. Litigation is a scourge for a tax friendly regime and creates an environment of distrust in addition to increasing the compliance cost of the tax payers and administrative cost for the Government. There are about 3 lakh tax cases pending with the 1st Appellate Authority with disputed amount being 5.5 lakh crores. In order to reduce this number, I propose a new Dispute Resolution Scheme (DRS)”.

Under Indirect Taxes, the scheme namely, the Indirect Tax Dispute Resolution Scheme, 2016 (“the IDT DRS Scheme, 2016”), introduced in the Union Budget, 2016 as the Government’s positive intent to reduce litigation in Indirect Taxation, embraces an important question on its success quotient, considering its not-so-lucrative provisions.

Gist of the provisions of the IDT DRS Scheme, 2016

Illustration to understand the amount of Penalty to be paid under the IDT DRS Scheme, 2016:

In order to understand the amount of Penalty to be paid under the IDT DRS Scheme, 2016, let us take an example covering three different scenarios viz. Penalty of 25%/50%/100% of duty amount imposed in the Impugned Order:

Here, we would like to draw your attention towards some of the shortcomings in the IDT DRS Scheme, 2016, which puts a question mark on its success:

Foremost, the fact that the IDT DRS Scheme, 2016 will be applicable only for the cases pending before the Commissioner (Appeals) will act as a major setback. As given supra in the relevant extract of the speech of our Hon’ble FM, it is indicated that there are about 3 lakh tax cases pending with the 1st Appellate Authority with locked up revenue amount, being Rs. 5.5 lakh crores. However, the quantum of the cases pending at the Appellate Level and before Courts are far higher than those pending at Commissioner (Appeals) levels. Further, only for the cases involving the duty/ tax amount upto Rs. 50 Lakhs, an appeal shall lie before the Commissioner (Appeals). In other cases, appeal shall lie directly to the CESTAT. Thereby, the IDT DRS Scheme, 2016 may not yield desired results in reducing litigation when maximum of the Revenue is locked up at higher levels with statistics revealing only around 20% success rate for the Department.

It is to be noted that benefit of reduced penalty of 15%/ 25% is already available under the Indirect Tax provisions in fraud cases (i.e. any duty/tax has not been levied or paid or has been short-levied or short-paid or erroneously refunded by reason of fraud or collusion or wilful mis-statement or suppression of facts or contravention of any of the provisions of this Chapter or of the rules made thereunder with intent to evade payment of duty/tax) at the level of Show Cause Notice/ Order-In-Original respectively, if duty/ tax liability is paid along with interest and specified reduced penalty 15% and 25% within 30 days of the receipt of Show Cause Notice/Order-In-Original respectively.

For instance, under Service Tax, in fraud cases, where the penalty imposed under Section 78 of the Finance Act, 1994, benefit of reduced penalty of 25% is available if Service tax is paid along with interest & reduced penalty @ 25% of tax amount within a period of 30 days from date of receipt of the Order-In-Original. Similar provisions are also contained under the Central Excise and Customs.

Therefore, proposal of providing reduced penalty of 25% at the level of the Commissioner (Appeals) will not be able to attract the assessees because if case is capable of being litigated on merits, the assessee will fight till the last resort.

The IDT DRS Scheme, 2016 encompasses payment of interest as well as 25% penalty, which may not attract assessees to come forward for resolution of cases. In previous ‘Service Tax Amnesty Scheme’, there was complete waiver of Interest and penalty also, which could attract reasonable number of assessees. However, the IDT DRS Scheme, 2016 has not provided for any type of such waiver benefit either for interest or for penalty, thus not being lucrative.

When the appeal is disposed off on merits allowing the statutory claim of Cum-duty/tax benefit, the duty/tax amount gets reduced along with penalties imposed under various Sections like Section 76 and 78 of the Finance Act, 1994 for Service tax, Section 11AC of the Central Excise Act, 1944 and various Rules made thereunder, etc.

However, the IDT DRS Scheme, 2016 will compel the Assessee to pay the whole amount of disputed duty/tax along with interest and 25% penalty.

The IDT DRS Scheme, 2016 has been introduced for the purpose of reducing the pending litigation before the Commissioner (Appeals) and providing a platform for dispute resolution. However, perusal of the provisions contained therein, reveal that such Scheme may not be fruitful for mass asessees. Further there are bouquet of issues which lack clarification with regards to the IDT DRS Scheme, 2016, such as:

Therefore, we are hoping that the Government will look into the vital issues on various matter related to the IDT DRS Scheme, 2016 and modify this Scheme accordingly, by incorporating the provisions, which may invite litigants to come forward to adopt the Scheme and thereby, results in decreasing pending litigation.

Nonetheless, the main mantra which could actually help in bringing down the quantum of litigation in the Country, would be to re-vamp the Adjudication process being practiced by the Department. Its high time to take stringent actions against the erring officials issuing frivolous show cause notices despite of settled legal jurisprudence, time and again. Revenue & the Assessees – both are partner for the Nation towards development of the economy and the same should be kept in mind.