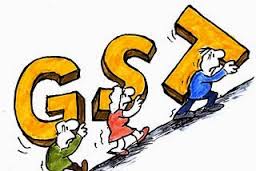 In order to ensure smooth roll out of Goods and Services Tax (GST), Revenue Secretary Hasmukh Adhia has began meeting various stakeholders including representatives of telecom, banking and oil and gas sectors to understand their concerns and fine tune the new tax regime.

As many as 10 sessions would be conducted over three days and the outcome of these would help the government to fine tune and improve the structure of the GST, a finance ministry statement said.

Adhia, along with senior officers of Central Board of Excise and Customs (CBEC), met representatives of IT-ITeS and transport sector yesterday and e-commerce and telecom sector today.

The finance ministry officials would meet the representatives of sectors like financial services, civil aviation, exporters and professional bodies like chartered accountants and cost accountants, in addition to industry chambers.

“The interactive session underline the endeavour of the government in order to understand and address the apprehensions and concerns of the various stakeholders about GST and also provide a platform for business to express their views on aspects of GST,” the statement said.

Once implemented, the GST will subsume excise, service tax and other local levies, will create one market for seamless transfer of goods and services across the country.

The GST Constitutional Amendment Bill was passed by Parliament earlier this month and so far three states — Assam, Bihar, Jharkhand– have ratified the bill.

GST being a constitution amendment has to be ratified by at least 16 state assemblies before being placed before the President for his approval.

After the bill is ratified by the states, Parliament will have to pass two legislations– CGST and IGST — detailing the new tax code. This could happen in the winter session of Parliament in November. Similar tax laws will also have to be passed by the states.