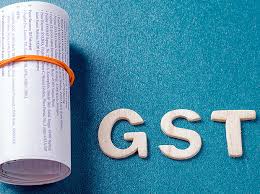 A group of central and state government officials set up to frame the law for the proposed goods and services tax (GST) has submitted its final draft that could be taken up at a meeting of the empowered committee of state finance ministers next week.

“The final draft is done… The empowered committee can now take a call,” a government official privy to the development told et. The draft law may be made public after it’s deliberated by the empowered panel headed by West Bengal finance minister Amit Mitra.

The government is expected to make a renewed push for the passage of the constitutional amendment bill to roll out GST in the upcoming monsoon session of Parliament, armed with more members in the Rajya Sabha and a broad-based national support for this reform.

The constitutional amendment will merely allow for this single tax, which is not possible under the current structure of taxation. At present states are not empowered constitutionally to tax services and the central government cannot tax goods sold in retail.

The constitutional amendment will seek to change this, empowering both the states and centre to levy this tax. The Narendra Modi government has been seeking to persuade Congress to drop its resistance to GST and help get parliamentary approvals. GST seeks to replace central and state taxes such as excise duty, service tax, value-added tax, entry tax and octroi with a single levy and create a unified national market.

Congress, which has more numbers in the upper house, has set four conditions for backing the Bill.

The main opposition party wants the rate to be capped at 18 per cent in the Constitution amendment bill itself and the 1 per cent levy on inter-state sales to be scrapped. It also wants an independent dispute settlement mechanism and voting power of three fourths for states in place of the two-thirds suggested.