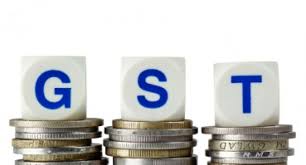 There appears to be some forward movement on the Goods and Services Tax Bill with Congress showing a more positive attitude towards the government on the issue, leading the Narendra Modi dispensation to list it in the business for the forthcoming week in the Rajya Sabha.

Government sources claimed that Congress has softened its stand to some extent on the GST Bill and some meeting ground is likely by the beginning of next week. Finance Minister Arun Jaitley has been engaged in back channel negotiations with the Congress leaders. However, a structured meeting has not been held after the ‘preliminary talks’ between the government and the principal Opposition before the Monsoon Session began.

Minister of State for Parliamentary Affairs Mukhtar Abbas Naqvi stated in the Rajya Sabha that the Goods and Services Tax Bill is listed for discussion and passage in the coming week. The Upper House Business Advisory Committee, which comprises of members from all major parties, has already unanimously agreed to allocate five hours for discussing the Bill.

Sources said if all goes well the GST Bill may come up after the meeting of Empowered Group of Finance Ministers of states with Jaitley that is scheduled to take place on July 26.

The convening of this meeting at this juncture is being read as a positive sign as some consensus is likely to emerge. Most states, including those ruled by the Congress, have said that they are in favour of the GST Bill.

Bihar Chief Minister Nitish Kumar had met Jaitley last week in Parliament and later told reporters that he is not in favour of putting the tax cap in the Constitution amendment Bill. JD(U), though an ally of the Congress, is openly in favour of the GST Bill.

TMC, BJD and other parties have also extended their support. The government is also trying to assuage the ego of Samajwadi Party, which had said that it is not being consulted on the Bill. However, AIADMK is still opposed to the Bill as it feels Tamil Nadu- being a manufacturing state-will be at the receiving end if GST is implemented. Efforts are on to get the party on board.