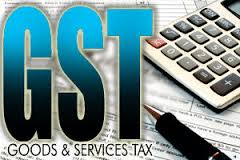 Handset makers’ body Indian Cellular Association (ICA) has urged the government to continue with the differential duty structure once the GST is implemented to promote domestic manufacturing of mobile phones.

Stating that the industry is “apprehensive” about further investments, ICA has written to Department of Electronics and IT Secretary Aruna Sundararajan calling for settling the duty differential principle to realise the ‘Make in India’ vision.

The current duty dispensation is 12.5 per cent countervailing duty (CVD) versus 1 per cent excise duty (without input credit of excise duty paid on the goods).

Differential duty made imports of mobile handsets more expensive compared to domestically manufacturing them, which led to companies like Xioami, One Plus and Gionee setting up new manufacturing units during the past few quarters.

“It is imperative that the differential duty dispensation should continue till 2025-26 in Central GST. A minimum duty differential of 10 per cent or more should be maintained to overcome disabilities and thereby, continue to make domestic manufacturing competitive,” ICA National President Pankaj Mohindroo said.

He added that the GST dispensation for the industry must facilitate and catalyse establishment of India as a global manufacturing hub for mobile handsets and components.

Over 35 new mobile handset manufacturing plants have so far been established, generating employment for about 50,000 people directly and over 90,000 indirectly.

ICA has also proposed that a merit rate of 5 per cent be imposed on the entire mobile handsets ecosystem for completely built unit (CBU) imports and domestically manufactured CBUs.

“This is also supported currently by the VAT rates prevalent in most states. States which are currently on RNR or do not follow the floor rate of 5 per cent recommended by the Empowered Committee of State Finance Ministers may suffer some revenue loss,” ICA said.

This revenue loss will not be substantial because by having a single rate across the country, trade will improve tremendously, grey market will virtually disappear and erstwhile higher rate VAT jurisdictions will see a spurt in e-commerce sales, it added.

Besides, mobile phone inputs like parts, components and accessories have been subject to zero per cent CVD, BCD and SAD.

“We also request that the same GST ecosystem as recommended above should be extended to inputs, parts, components and accessories for the after-market services which is a very small market compared to the final mobile phone manufacturing,” it said.