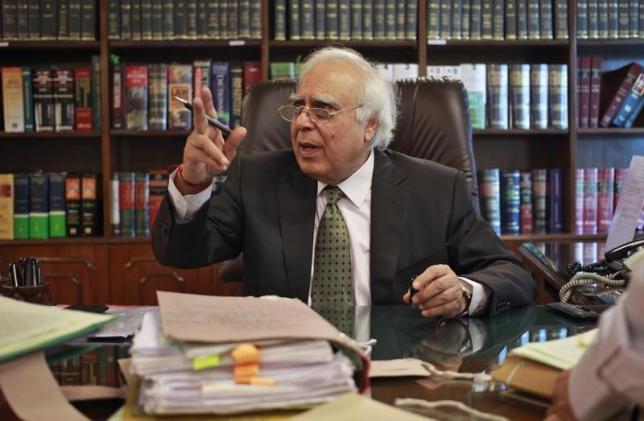 The Congress party on Thursday rebuffed suggestions of a breakthrough on a landmark tax reform, hours after the government said it had accepted the demands set by the main opposition party to back the measure.

The proposed goods and services tax (GST), India’s biggest revenue shake-up since independence in 1947, seeks to replace a slew of federal and state levies, transforming the nation of 1.2 billion people into a customs union.

Supporters say the new sales tax will add up to two percentage points to the South Asian nation’s economic growth.

The Congress party, the original author of the tax reform, has opposed what it calls the “flawed” version now before parliament, where it has been able to block a key constitutional enabling amendment in the Rajya Sabha.

“The government is using optics of meetings and is not serious about GST,” senior Congress leader Kapil Sibal told reporters.

His comments came after Parliamentary Affairs Minister Venkaiah Naidu said the government had agreed to accept the opposition party’s demands.

Naidu also said the government was willing to bring forward the next parliament session to pass the proposed goods and services tax (GST) bill if Congress backed the measure.

The minister met Congress chief Sonia Gandhi on Thursday to convey the government’s decision. Gandhi did not assure him of her party’s support, however.

“Sonia said they (Congress) will discuss among themselves and take a final decision,” Naidu said.

But Sibal said the party was still waiting for written proposals from the government.

Congress wants the government to cap the GST rate at less than 20 percent, scrap a proposed state levy and create an independent mechanism to resolve disputes on revenue sharing between states.

The political slugfest between the two sides has ensured that Finance Minister Arun Jaitley’s self-imposed deadline of April 1 for the GST’s launch will be missed.

While Jaitley has yet to set a new date for the rollout, aides say passage of the constitutional amendment bill in February’s budget session of parliament would allow them to implement it by October.

Yet even that deadline, which would fall in the middle of the tax year, appears optimistic, say economists.

“There is still a substantive legislative process that has to be completed,” said Aditi Nayar, an economist at ICRA, the Indian arm of rating agency Moody’s.